WEALTH HAS A
NEW HORIZON 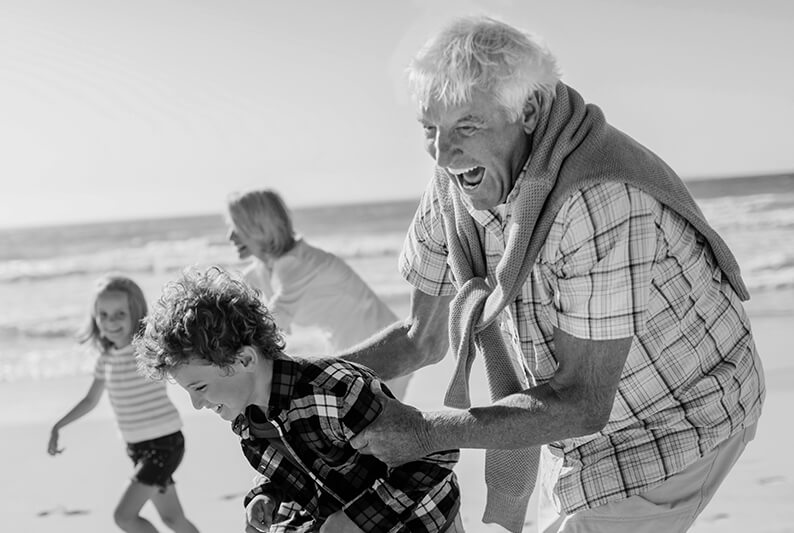 Create the wealth that matters to you.

Validus Wealth is extending the legacy of Validus Group by leveraging .... 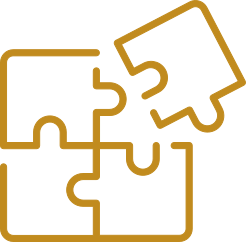 Our framework ensures that we take into account all considerations.... 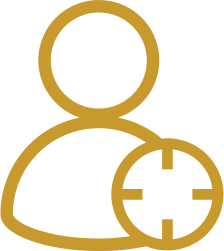 Enabling ourselves to lead by advice so that our solutions are purely aligned... 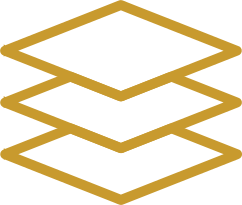 Nimble and agile, combining the best of third-party, proprietary and credit platform... 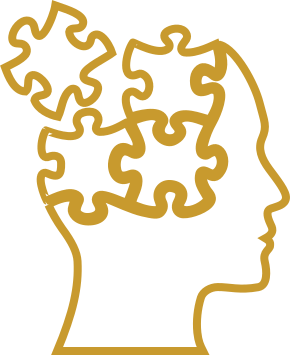 A conglomeration of the 'Best-of-Breed' professionals from Foreign & Indian.... 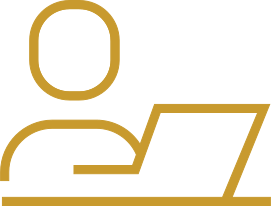 Seamless integration of financial technology platforms through our.... 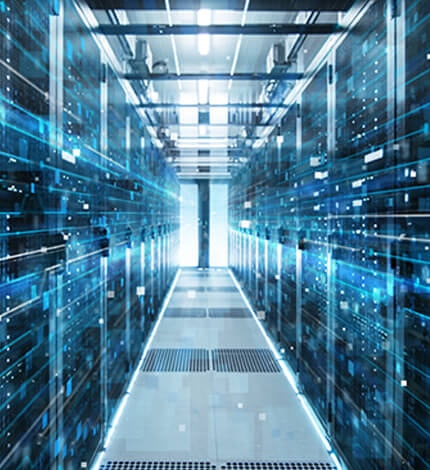 It is better safe than sorry i.e. better to sit in cash in the worst case, rather than worry about the opportunity cost of not remaining invested in such a dubious asset.

As required by law or regulation. Persons acting as our service providers or agents under a strict code of confidentiality; Anyone to whom we transfer or may transfer our rights and duties under your Customer Agreement; or

In the event your information is shared with a service provider or agent in another country, we will make sure that the service provider or agent agrees to apply the same levels of protection as we are required to apply to information held in India, and to use your information only for the purpose of providing the agreed service. Security safeguards are in place to protect your personal information against loss or theft, as well as unauthorized access, disclosure, copying, use, or modification regardless of the format in which it is held. Validus Wealth Managers Private Limited’s safeguards vary depending on the sensitivity of the personal information. The highest level of protection is given to the most sensitive personal information.

Atul Singh is the Chief Executive Officer of Validus Wealth

With over two decades of experience in the wealth management industry, Atul heads Validus Wealth, the next generation wealth advisory firm that holistically addresses the financial needs of Indian investors.

Atul holds an MBA from IIM Bangalore with a Director’s Medal and a degree in Electrical Engineering from the Birla Institute of Technology, Ranchi, with a Presidential Gold Medal.

He believes in the philosophy of client centricity, recommending only investments he would himself put his money in. Outside the office, he enjoys photography and exploring wines from around the world.

In his 17-year career, Abhishek has worked with organisations like Kotak, DSP Merrill Lynch and IIFL Group, where he played a key role in building their secured lending business.

Prior to joining Validus Wealth, he completed a 2-year stint with Julius Baer, India, where he was Executive Director & Head of Credit Business. There he was responsible for originating lending deals and providing lending solutions to wealthy clients.

He holds an MBA in Finance from the Symbiosis Centre for Management and HRD.

Abhishek is a strong team player and a people person at work. He likes to run to stay focused and improve overall mental strength.

Abby Thomas is the Head of Human Resources at Validus Wealth.

At Validus Wealth, he is responsible for ensuring effective delivery of the company’s people’s agenda and manages the overall Human Resources function. He is an active member of the management team, supporting them with human resources advice and counsel.

A veteran HR professional with over 20 years of experience, he has held similar leadership positions in Julius Baer, Bank of America, Merrill Lynch and ABN AMRO.

He holds an MBA in Human Resources from the University of Mumbai.

His work ethic is simple, he believes in doing the right thing, always. Outside of work, he enjoys spending time with friends and family and loves any kind of outdoor activity to re-energise.

His illustrious career spans over two decades, starting his journey with Kotak Mahindra Bank as a Manager for the back-office functions of consumer finance business.

He then moved to the TAIB Bank in Bahrain as an AVP, later heading to the Arab Banking Corporation handling Risk Management. Soon afterwards, he moved back to Kotak, London, as a CFO. In 2012 he transitioned to the Private Banking division as EVP for Finance Accounts and back office functions. Prior to Validus, he was with Julius Baer, India, as the COO & Board Member.

He is a Chartered Financial Analyst from CFA, USA, holds an FRM from Global Association of Risk Professionals, USA, and a CA from the ICAI. He attended Management Development Program from IIM, Ahmedabad

He maintains a customer-oriented focus, taking extra care to maintain the client’s overall financial health apart from securing the investment at hand. When he is not working, he loves watching movies, football, cricket and exploring new continents.

Rajesh Cheruvu is the Chief investment Officer at Validus Wealth

He began his career in Wealth Management as a Research Analyst at Kotak Mahindra (erstwhile ING Private Banking) before moving to Axis Bank where he was Head of Research and Portfolio Management.

Subsequently he began his stint with HSBC Private Banking where he focused on equity research and portfolio management. Later at Coutts, the private banking division of RBS Bank India where he headed the Investment Strategy, Asset Allocation, Security Research and Portfolio Management.

Prior to Validus Wealth, he also served at Aditya Birla Capital where he was responsible for research from the products and industry perspective.

He holds a Masters in Economics from Gitam University and an MBA from Jawaharlal Nehru Technological University.

On his office wall, he hangs a set of rules he calls “things that matter”, which he firmly believes in. Some of his favourites are: ‘People First’; ‘Everyone is Included’; ‘Leadership Matters’. He believes in absolute integrity and excellence in driving innovation that creates a positive impact.

Outside of work, he enjoys giving back to the society. He runs a medical centre in his hometown and provides educational supplements to children from his village. He also enjoys an active lifestyle, is a practitioner of Isha Yoga, loves Carnatic music and loves to spend time with his kids.

Parag brings with him a rich experience of building and managing the Product & Advisory propositions, having been part of three large businesses in this vertical. Before Validus Wealth, Parag was at IDFC bank where he spent close to 3 years managing Wealth Products, Proposition, Strategy and Advisory functions. Prior to that, Parag spent over six years at Barclays Wealth, where he was instrumental in building the product proposition as well as managing Broking, Fixed Income, Alternative Investments and Investment Advisory propositions. Parag also spent nearly three years at International Private Banking business of ICICI Bank where he was involved in setting ICICI Bank’s Private Banking business outside India.

Parag’s work philosophy is client-centricity – i.e. understanding and serving the client’s unique objectives, needs, and aspirations – which is reflected in the clients’ trust in him. Outside of work, he loves to read about investments and personal development. He also enjoys spending time with family and ensures that he takes at least two holidays with them each year.

He is a seasoned professional with over 15 years of experience. Sameer has undertaken leadership roles at various foreign financial institutions, managing and leading a team of senior professionals for the Capital Markets Structured Lending and Wealth Management business in India.

Starting out at Merrill Lynch as a Vice President of Structured Lending Group, he later moved to Morgan Stanley, serving as an Executive Director.

Before joining Validus Wealth, he held the position of a Director for Private Banking at Credit Suisse Finance and a Senior Director for NBFC Credit Sales at BNP Paribas.

He holds a PGPMAX from the Indian School of Business; studied – Corporate Strategy (M&A) & Competitive Marketing Strategy from the Wharton School; and Global Strategy, Innovation & Entrepreneurship from the China Europe International Business School. He also holds an MBA in Finance and Marketing from SCMS.

Sameer is passionate about capital markets and follows a client-centric work ethic, believing in adding value to the client’s financial goals. Outside of work, he loves to analyse global financial trends and loves to travel.

Zohra is the Managing Partner, Private Client at Validus Wealth

Zohra, with her judicious visionary approach, is an all-round ‘You-Centric’ Wealth Management Subject Matter Expert, creating winning wealth stories for the past two decades. She currently manages the investments of Entrepreneurs, NRIs, and Corporates.

She started her career at HDFC Bank, managing private banking clients. She then moved to DSP Merrill Lynch (later acquired by Julius Baer) as an Executive Director and continued her role with Julius Baer (after acquisition) under the same designation, for over a decade and a half.

She holds an MBA in Finance from the Jamnalal Bajaj Institute of Management Studies.

She is known for her integrity, transparency and result-oriented approach in her professional life. Zohra is an avid dog lover. She likes to read for knowledge, exercise for overall wellbeing and trek for strengthening her analytical and decision-making skills.

A passionate marketing professional with over 17 years of experience across FMCG, Luxury, Alcohol, and Wealth Management industries.

Benazir spent the first 6 years of her career in Advertising, managing prestigious brands like Cadbury, Lakmé, and Coca-Cola. Later, she moved to Marketing with Diageo, Royal Bank of Scotland, and Julius Baer.

With her strong marketing acumen across industries, she has driven business-oriented results through impactful marketing mix strategies and lead-generation strategies.

Maneesh Kapoor is an astute leader with a rich career spanning 18+ years across banking & financial service Industry. Maneesh holds an MBA from Symbiosis Centre for Management & HRD, Pune and a B. Tech in Mechanical Engineering from Jamia Millia Islamia, New Delhi.

Maneesh started his career with Hindustan Motors, after his engineering. His financial services journey started with a broking consultancy firm, Darashaw, at the Corporate Bond Dealing Desk and then with HDFC Bank as a part of their SME Corporate Banking.

He joined the ICICI Bank's Wealth Management team, leading their Delhi business for around 5 years and followed that by spearheading Aditya Birla Group's foray into Wealth Management in Delhi. Prior to joining Validus Wealth, Maneesh was a Senior Regional Head at ICICI Securities Private Wealth Management where he joined as a founding member and spent 7.5 years in building market leadership as well as gaining reputation & goodwill for the company.

A dynamic team player with impeccable work ethics, Maneesh has built a highly experienced team poised to take Validus Wealth into a high growth trajectory. Outside of work, he loves spending time with his family and friends.

Sailesh Balachandran is a seasoned wealth management expert with over 18 years of experience in the industry. An economics post-graduate, Sailesh started his career in core banking with HDFC, Bangalore.

Over the next decade, he managed key projects in ABN, DCB, HSBC and ICICI Securities across multiple cities, building a strong reputation for leading teams with an unerring knack for overcoming challenges.

GET CONNECTED TO GET

WEALTH EXPERIENCES CRAFTED FOR YOU.

GET IN TOUCH
New Document